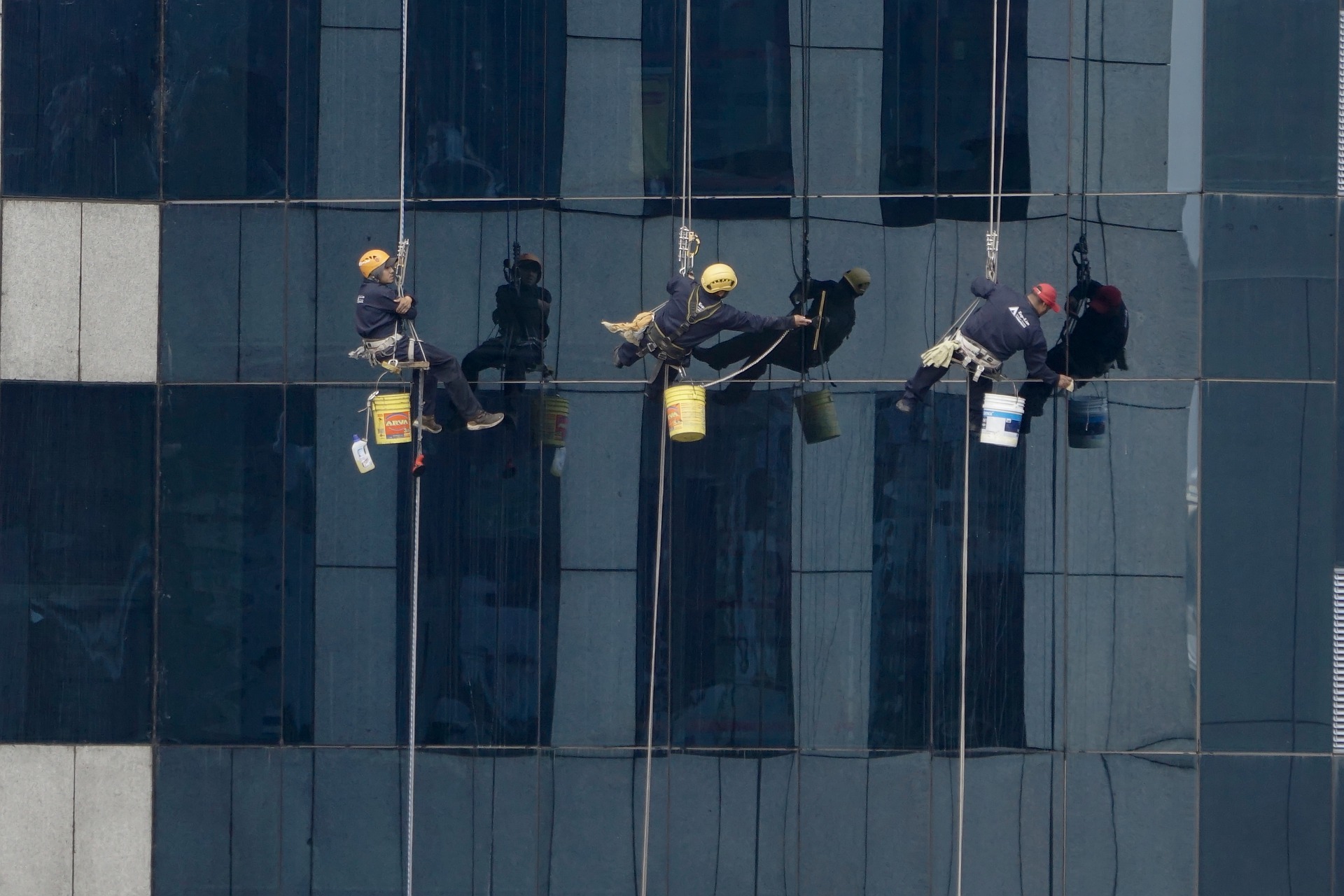 Too few lousy jobs? The labour market after COVID-19

Professor of Economics at the Massachusetts Institute of Technology, David Autor explores the trends shaping the post-pandemic labour market. If the COVID-19 pandemic has ended the longest period of economic growth in American history and caused a flood of job losses across the world, he discusses what we should do now.

Before the COVID-19 crisis, the industrialised world was undergoing rapid employment growth, so much so that The Economist declared in May 2019 that “most of the rich world is enjoying a jobs boom of unprecedented scope”. Despite these encouraging trends, a Pew Research Center survey conducted in 2018 found that majorities of citizens in advanced and emerging economies anticipated that robots and computers would “probably or definitely” take over many jobs, exacerbating inequality, and making work harder to find.

The pandemic has upended these predictions. It has brought to an end the longest economic expansion in US history and caused a worldwide spike in unemployment. Ironically, technological advances generally, and automation specifically, had almost nothing to do with this reversal of fortune. Should we now stop worrying about technological unemployment and focus instead on conventional threats? Or are all prior bets simply off?

In my view, the answer to both questions is no. The current crisis makes the trajectory of automation’s impact on employment more readily discernable, and what we see provides no grounds for setting concerns aside. The COVID crisis appears poised to reshape labour markets along at least four axes: telepresence; urban de-densification; employment concentration in large firms; and general automation forcing—meaning accelerating the introduction and adoption of automation technologies that would otherwise have been years in the future.

While these changes will have long-run efficiency benefits, they will also exacerbate economic pain in the short and medium term for the least economically secure workers in our economies, particularly those in the rapidly growing but never-highly-paid personal services sector. Whilst our research is in the US, we discern similar challenges in the UK.

History tells us that citizens have legitimate grounds for concern about the consequences of technology broadly and automation specifically for worker and citizen welfare. New and emerging technologies will surely raise aggregate economic output and boost societal wealth. But whether the typical citizen will share in these benefits is demonstrably uncertain. I have argued elsewhere (as has the Institute for the Future of Work) that whether rising aggregate productivity translates into shared prosperity or simply rising inequality depends crucially on the operation of institutions of governance, societal investment, education, law, and public and private leadership.[1]

Despite concern that the costs and benefits of new technology will not be felt equally, I have been sanguine until recently about the prospects for ongoing employment growth, even in the face of lacklustre wage growth. In autumn 2019, I wrote that “…in the next two decades industrialised countries will have more job openings than workers to fill them, and that robotics and automation will play an increasingly crucial role in closing these gaps”.

The COVID crisis has upended our confidence in that prediction. It’s not merely that COVID has generated mass unemployment in the short term; it is the post-crisis trajectory that now worries us. Here are four reasons why.

The first major post-crisis transformation is so self-evident that it might escape notice. Telepresence is not a new phenomenon. For decades we have been automating dangerous tasks, such as bomb disposal or ocean exploration, which can be performed remotely. Most work environments are expensive, duplicative places for performing tasks that many employees could accomplish from elsewhere, albeit with a loss of important social aspects of work. Not only is providing and maintaining physical offices costly for employers, being physically present in offices imposes substantial costs on employees, such as commuting cost and time.

Arguably, many of us who perform “knowledge work” have been so accustomed to the habit of“being there” that we failed to notice the rapid improvements in the next best alternative: not being there. It seems a near certainty that, long after the COVID crisis has subsided, the share of workers who work partly or primarily from home will be substantially greater. This projection, of course, applies primarily to knowledge workers, that is workers who deliver information rather than hands-on services such as care work, foodservice, security, construction, production, transportation, etc.

If telepresence displaces a meaningful fraction of professional office time and business travel, the accompanying reductions in office occupancy, daily commuting trips, and business excursions will mean steep declines in demand for building cleaning, security, and maintenance service, hotel workers, restaurant staff, taxi and ride hailing drivers, and a myriad of workers who feed, transport, clothe, entertain, and shelter people when they are not in their own homes. This is significant because these services make up a large and rising share of employment among workers who did not achieve post-secondary educational credentials and collectively account for one in three jobs in the UK. A substantial, long-run demand contraction in these services will mean significant job losses—or lock-in of existing COVID-induced job losses—and a sustained period of labour market adjustment.

In the US and UK this has already been compounded by the breaking wave of major retail bankruptcies.

This brings us to our second forecast: COVID-induced changes in work patterns will alter the character of cities. If workers and corporate heads conclude that it is no longer necessary to commute daily to crowded downtown offices, this may spur a decline of the economic centrality, and even the cultural vitality, of cities. Given that the primary engine of job growth, albeit not wage growth, among urban non-college workers over recent decades has been expanding employment in personal services (i.e., food service, cleaning, security, entertainment, recreation, health aides, transportation, maintenance, construction, and repair), these changes in the economic structure of urban life would again land heavily on the employment prospects of low-paid workers.

A third lasting labour market consequence of the pandemic appears far less speculative. The depth and duration of the pandemic appears likely to cull the ranks of small firms, which typically lack the liquidity and preferential access to credit markets needed to survive many months of inactivity.[2]The ensuing wave of business closures will accelerate the current trend of rising dominance of large firms across numerous industries.[3]This will have  negative consequences for workers. Because large firms tend to pay a smaller share of earnings to workers and a larger share to owners and investors, the reallocation of economic activity from small and mid-size firms to large firms will tend to reduce the share of national income paid to wages and salaries (ie labour’s share).[4]While a fall in labour’s share does not imply any change in the size of the economic pie, it does mean a rise in inequality. Since ownership of capital is far more concentrated than ownership of labour (something that no one owns more than one of), labour’s contracting slice of the economic pie means rising aggregate income concentration.

A fourth consequence of the crisis that is difficult to measure or quantify as of now, but which could prove important, is what one might generically call “automation forcing”.

Spurred by social distancing requirements and stay-at-home orders that generated a severe temporary labour shortage, firms have discovered new ways to harness emerging technologies to accomplish their core tasks with less human labour—fewer workers per store, fewer security guards and more cameras, more automation in warehouses, and more machinery applied to nightly scrubbing of workplaces. In June of 2020, for example, the MIT Computer Science and Artificial Intelligence Lab launched a fleet of warehouse disinfecting robots to reduce COVID risk at Boston area food banks.[5] Throughout the world, firms and governments have deployed aerial drones to deliver medical supplies, monitor social distancing in crowds, and scan pedestrians for potential fever.[6] In the meatpacking industry, where the novel coronavirus has sickened thousands of workers, the COVID crisis will speed the adoption of robotic automation.[7]In interviews of small and mid-size manufacturing firms conducted by the MIT Work of the Future Task Force during the crisis, several employers reported that, rather than shutdown or curtail production, they found instead that it was feasible to reconfigure their lines to be less labour-intensive without sacrificing output.[8]

As the danger of infection recedes and millions of displaced workers seek reemployment, the temporary labour shortage will give way to a potentially sustained period of labour surplus. Firms will not, however, entirely unlearn the labour-saving methods that they have recently developed. We can expect leaner staffing in retail stores, restaurants, auto-dealerships, and meat-packing facilities, among many other places. Like the decline of retail, these developments were sure to happen over the longer run. But the crisis has pulled them forward in time.

In the UK, as in the US, the crisis has simply brought the possibility of an increasingly automation-intensive future closer to the present. Few foresaw that a global pandemic would spur an overnight revolution in telepresence that may upend commuting patterns and business travel, and hence dent demand in rapidly growing—though never highly-paid—personal service occupations. Tight labour markets no longer appear inevitable.

While the crisis has accelerated the trajectory of automation and its likely impact on jobs, the long run consequences for rank and file workers remain to be determined. The weight of cross-national evidence indicates that countries have a choice about the level of economic inequality that they tolerate and the plight of the typical worker that they ensure.[9]The U.S. could have done differently, and it still can. The UK is at a similar crossroads. The spotlight is on the UK and the question is: will the Government take steps to shape a socially just and responsible transition in 2021?

‍This blog post draws from a paper by David Autor and Elisabeth Reynolds for the Hamilton Project and the Final Report of the MIT Taskforce on Work of the Future.‍

[8] Effective management practices should arguably be considered a“technology” that can have large direct impacts on productivity. See Bloom,Nicholas, and John Van Reenen. 2006. “Measuring and Explaining ManagementPractices Across Firms and Countries.” Quarterly Journal of Economics122: 1351–1408.