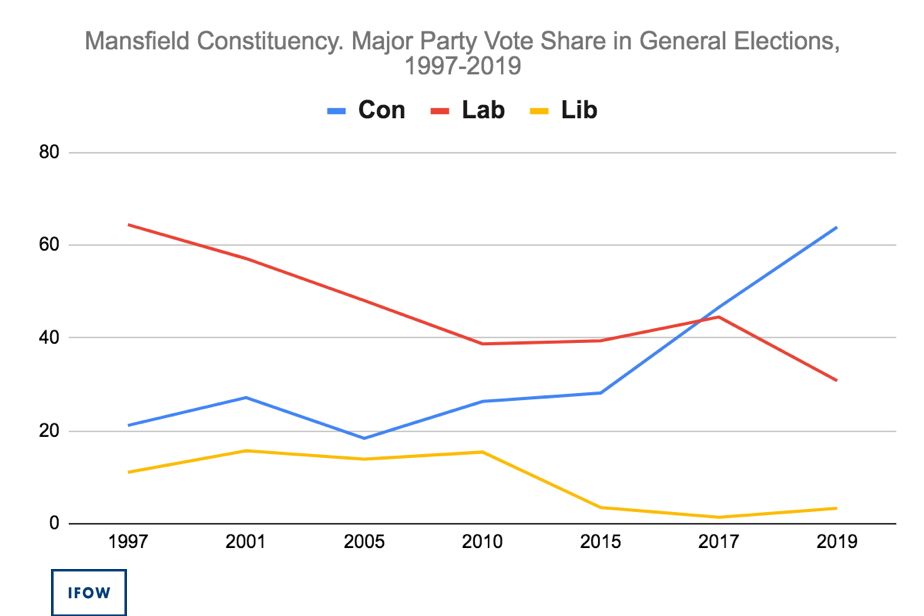 The 2019 General Election and the Future of Work

The seismic realignment of British politics we’ve seen this week calls for a rethink about underlying drivers – and new pathways for the Government to shape the future of work post-Brexit.

As part of research into the impacts of technology on work - and knowing that the relationship between technology, work and politics has shaped British history through four industrial revolutions - IFOW has analysed voting patterns in areas managing a higher risk of automation. We found this risk strongly correlates with decision-making at the polls. You can read our report here.

This invites a new focus on the growing number of people who feel a heightened sense of social and economic insecurity and exclusion associated with automation, whether or not automation is pinpointed as the reason: the ‘new excluded’. Polling suggests this group is growing fast - and is no longer limited to labour market outsiders. The group now includes people in new or temporary roles, anticipating lower quality work or other significant change, alongside workers in traditional sectors at risk of job displacement.

Review of the General Election results suggests our hypothesis holds good – and helps explain the Conservative break through the ‘Red Wall.’ Significantly, constituencies in the 5 local authorities most vulnerable to automation (Boston, Mansfield, Great Yarmouth, Harlow and South Holland) there has been an average 25% vote swing towards the Conservatives since 2010 (See Figure 1 below). This is consistent with post election analysis released by the Financial Times that found that the Conservatives most outperformed Labour in constituencies where a large proportion of workers were in 'lower-skill' jobs.
‍

By contrast, Putney, the sole Labour gain, is in Wandsworth the least vulnerable local authority to automation. Research tells us that the voting patterns and preferences of labour market ‘insiders’ and ‘outsiders’ differ substantially. So, we think the answer to the 2019 GE in part lies in the fears, hopes and preferences of the new excluded: the nexus between actual labour market risks, perception of these risks, and policy-makers’ response.

There are indicators in the Manifesto that the new Government have taken the strong business and moral case for ‘socially responsible’ automation seriously - and may have benefited from this at the polls. Now, there is an historic opportunity to keep the conversation going and build on their commitments to minimise pitfalls and maximise the benefits of automation for everyone from Woking to Workington. Here are 5 clues – and some first ideas about next steps.

1.     Investment in technology and people together. The Manifesto features 30 uses of the word technology and variations, demonstrating its significance to the new Government. Commitments to encourage increased investment in technology include a boost to R&D public spending, a new agency for higher-risk research, expansion of R&D credits, broadening the R&D definition to include cloud computing, and establishing 20 new Institutes of Technology. Added incentives for a human-centred approach to technology design and use, and implementation of the Furman Review next year, would bolster the impact of these investments.

2.     Rebooting the training system. To compliment investment in technology, the Manifesto commits to a 3 billion National Skills Fund to ‘level up’ skills as the economy transforms. The remit and focus of the matching fund, and how it will work alongside the National Retraining Partnership is not clear but public consultation is likely. We suggest building on the National Retraining Partnership with regional arms, a range of pilot projects and investment targeted at people most vulnerable to displacement or significant change: the new excluded.

3.     Labour rights. A single enforcement body will be established, alongside new labour rights to flexible working, predictable contracts and extended leave for unpaid carers. We note a high-level commitment to explore better support for the self-employed, including access to finance and credit. Alongside these commitments, the new Government should preserve the UK’s tradition of leading the way on employment rights and statutory floor of labour protections to support employees and contract workers through transitions in the ‘Amazon’ economy. The flip-side of the Furman recommendations should be to make sure Amazon cannot insulate itself from responsibility to, and for, its most ‘excluded’ workers.

4.     Equality through transition. Gender equality is a running theme through the Manifesto, as is the commitment to reduce health inequalities across the country. Review of the Equality Act to ensure it is operating well and that gaps are filled may help achieve these goals, which are in the best interests of individuals, firms and the nation. The Government could lead by example and introduce equality audits as the AI Adoption review is implemented; and drive commitments to tackle inequalities in health and work together by shining a spotlight on the connections between good work and wellbeing next year.

5.     A ‘principles first’ approach. The Manifesto claims to prioritise the principle of ‘fairness’ in the work place, referring specifically to dignity, respect and control. We agree that a vision for the fast-paced transformation of work must be principle-driven, reflecting fundamental values and goals, as our Good Work Charter sets out here. Pathways to apply these principles across the range of jobs, industries and regions as technology is introduced and work transforms will need much closer attention through 2020.

Cross-party support for these commitments, some of which originate across the political spectrum, is possible. The best way to heal divisions and build consensus is to initiate a cross-government Work 5.0 strategy involving social partners to shape the Future of Work in Britain post-Brexit. To support this work, IFOW will be publishing a labour market resilience index and a good work monitor with partners in early 2020.