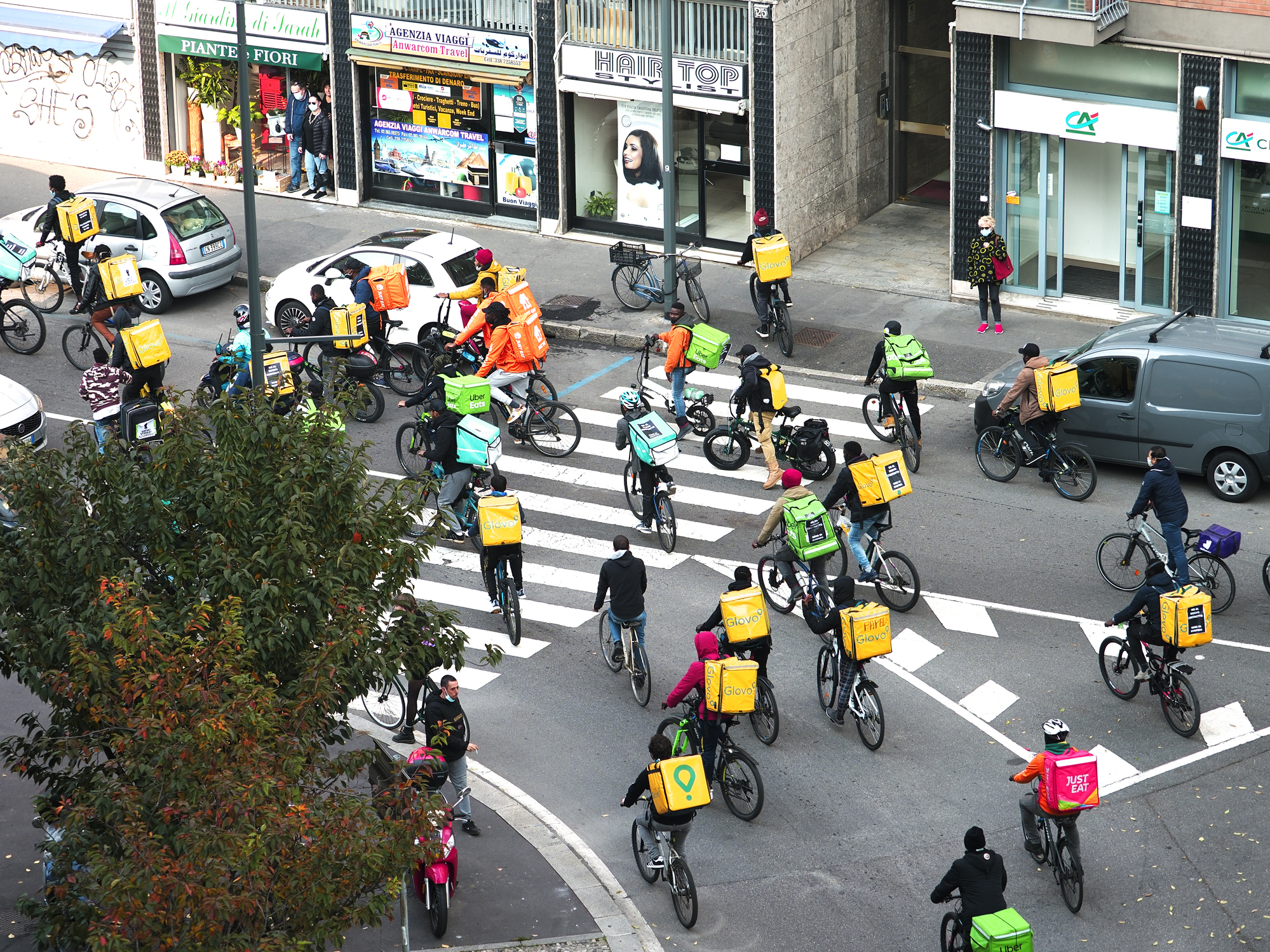 Digital platform work is becoming an important and growing part of the UK labour market. According to TUC and BritainThinks polling, 14.7% of working people in England and Wales (equivalent to 4.4 million people) performed work found via an online platform at least once a week in 2021. This has grown from 5.8% of the working population in 2016. And as research by the Institute for the Future of Work has found, platform management is increasingly common in essential work sectors, including retail, logistics, manufacturing and food processing, and is creeping across the economy.

In this context, it is critical we ensure 'good work' is preserved and protected under algorithmic management. However, platform business models thrive in substantial part by removing employment protections from workers – with one estimate putting the cost saving of using independent contract labour at 20-30%. This has contributed to the declining labour share of income, a general economic phenomenon that is particularly acute under these ‘innovative’, new-economy defining business models.

Transport, food delivery and parcel courier platforms like Uber, Deliveroo and Evri (until recently Hermes) are representative of this reorganisation of work. Using self-employed workers (independent contractors) who typically own their own vehicle, workers do not have access to the same social and employment protection legislation enjoyed by ‘employees’ such as minimum wages, sickness benefits, parental leave and the right for union representatives to have paid time off for trade union duties.

An established infrastructure to support the development of fairer work, including through periods of technological change, is collective bargaining via workforce representation. However, the platform economy is hostile terrain for trade unions. Trade unions have long struggled to recruit service sector workers. And platforms’ use of independent contractors makes organising – and so workers’ access to union representation and collective bargaining – difficult. For this reason, trade unions operating in this area have focused heavily on litigation strategies aimed at securing either worker (an intermediary category) or full employee status in order to guarantee workers’ benefits, and begin the work of organising and recruitment, with mixed results.

Still, the tide appears to be turning. Three of the big UK platform economy players – Uber, Deliveroo and Evri – are an important exception to this rule having recently struck a recognition agreement and established a collective bargaining framework with the GMB trade union.

Interestingly though, despite being negotiated by the same union, the three deals reveal substantively different approaches to organising platform workers and the crucial question of employment status.

‍A test case was brought to Leeds employment tribunal by the GMB on behalf of 194 self-employed Evri couriers in 2018. The judge found in their favour and redesignated them as limb (b) workers (named according to a stipulation of the Employment Protection Act of 1996). Limb (b) workers are formally self-employed and afforded some, but not all, of the benefits of employee status, including hourly minimum rates, rest breaks and paid annual leave.

Under threat of a costly and extensive appeals process (with no guarantee of victory) and the risk of having all self-employed couriers redesignated as workers, Evri opted to negotiate terms with the GMB. This manifested in a ‘Self-Employed Plus’ contract introduced in 2019. While remaining self-employed, the agreement guaranteed substantive employment and ‘social’ protections to couriers, such minimum wages, paid annual leave and – crucially – a collective bargaining framework for pay.

Moreover, with a foot in the door, the GMB has been able to press for significant wage gains and an expansion of benefits to include company pension contributions and parental leave: highly unusual in the platform economy. Furthermore, it claims to have recruited members to the union from within the firm due to the access to delivery depots granted by the agreements.

As a result, a highly active grassroots union membership has developed robust dispute resolution systems through a network of shop stewards and regional organisers.

‍A similar case over worker status was initially brought by a private-hire driver, and supported by the United Private Hire Drivers Union in 2016. After wending through the courts system for five years, the UK’s Supreme Court eventually rejected Uber’s multiple appeals and found that the drivers in question were indeed limb (b) workers. In response, Uber reclassified its 70,000 UK drivers as workers in March 2021 and subsequently struck a recognition deal with the GMB.

However, the deal came under fire from some quarters for its failure to include a mechanism for pay bargaining. Moreover, Uber continues to calculate its minimum wage rates based upon time spent directly on completing jobs, while many argue that waiting time should be included in such calculations.

In May of 2022, the GMB and Deliveroo’s UK arm announced a ‘voluntary partnership agreement’ covering the firm’s 90,000 UK riders. The Independent Workers of Great Britain (IWGB) union had separately been both organising amongst workers, and pursuing a claim for union recognition including de facto granting of worker status through the courts since 2017, which was ultimately dismissed in summer of 2021 (but still pending an appeal to the Supreme Court).

The Deliveroo-GMB agreement introduces a collective bargaining framework for pay and conditions for the entire workforce, which remains formally self-employed. However, given the voluntary nature of the agreement, its acceptance of the self-employed status of riders, and the effective absence of a grassroots GMB membership in the firm, it is unclear how robustly union negotiators will be able to handle negotiations with management. For this reason, substantial criticisms have been levelled at the deal.

While the EU pushes ahead with negotiations over the rather robust Platform Work Directive, which outlines a set of measures to improve the working conditions in platform work, the UK continues to lack a clear regulatory framework for the platform economy. The unpredictability of legal-regulatory oversight delimits the effective accountability of platform firms.

The three agreements discussed above – struck by one union in different areas of the platform economy – shows the wide variety of outcomes for platform workers, in the absence of a clear regulatory baseline.

On the one hand, they show just how contingent unions’ space for manoeuvre remains given what can seem like rather arbitrary decisions by the courts system. A successful claim for worker status can substantially increase leverage, while an unsuccessful one raises the question of accepting self-employed status or waging a protracted fight for piecemeal improvements.

On the other, they demonstrate the significant difference a grassroots organising strategy can make. Even where formal structures of agreements look the same, an organised membership can drive firms towards increasingly favourable conditions for workers – while partnership agreements without an active grassroots membership invites accusations of conciliation.

Platforms will remain a crucial battleground for the UK trade union movement in years to come.

Dr Steven Rolf is an ESRC Research Fellow at the Digital Futures at Work (Digit) Research Centre. Steven is a political economist working between disciplines to examine the digitalisation of economies, transformations of work, the rise of platforms and the territorial and political implications of these changes. Twitter: @steve_rolf 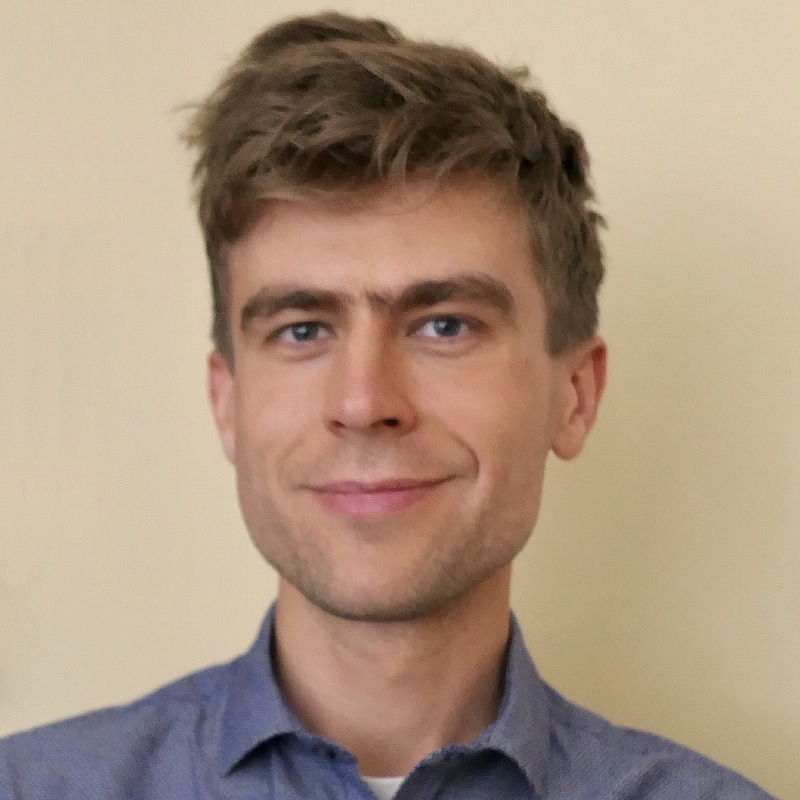