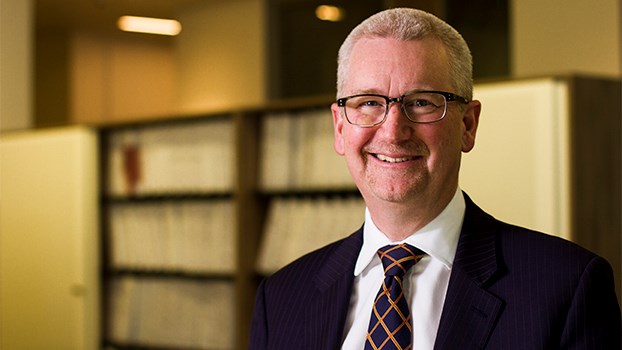 The debate on Employee Ownership is on fire. Labour has proposed that companies with more than 250 employees move 10% of their shares into ‘inclusive ownership funds’ over the next decade. Staff will be paid yearly dividends from the fund, capped at £500, but shares can’t be bought or sold. the remainder would go to the Treasury.

Response has been polarised, with the CBI’s Director warning that the policy would hit investment and share prices at a time when the UK is under the Brexit spotlight.

This contrasts sharply with the polite and somewhat parochial Employee Ownership (‘EO’) movement we’ve seen so far. It calls for a more nuanced critique, grounded in research, the history of EO and well-established principles of equity dilution. We must enrich and re-position the conversation in the context of the Future of Work.

“The polarised debate calls for a more nuanced conversation, grounded in the history of Employee Ownership and principals of equity dilution”

The results of the Ownership Effect inquiry chaired by (Liberal Democrat) Baroness Bowles of Berkhamstead (“the Economic Case for Employee Ownership’) were published this summer. This built on my independent review for the Coalition Government ‘Sharing Success: the Nuttall Review on Employment Ownership’ which led to the launch of Employee Ownership Trusts (‘EOTs’) together with a capital gains tax exemption for conversions to majority EOT ownership.

The report - supported by the Employee Ownership Association - reminds us that the EO sector accounts for over £30 billion in annual turnover, larger than aerospace by economic contribution. It signals that the EO sector is flourishing across the UK and potential is far greater - but it’s still held back by lack of interest and understanding by policy-makers, financial institutions, professional bodies and business schools. This means the profile given to EO this week is invaluable. More than anything else, the debate needs a reboot. But in which direction?

In my view the reboot takes us to the Future of Work. It’s striking that the key characteristics of EO businesses are those most in demand through the challenges and opportunities of the new ‘industrial revolution’: local economic growth; resilience to economic shock; rebalancing of economic power; higher levels of worker engagement and industrial partnership as new technologies are introduced leading to increased productivity; shared profits; long-term planning; happiness. EO is no ‘panacea’ but for some firms it can be a transformative route that challenges conventional wisdom and can trigger fundamental enhancements to companies' productivity, resilience and decision making.

Specifically, firms with employee ownership seem to have lower levels of lay-off and more employment stability through transition. Firms putting human development at the centre of their automation strategies tend to benefit more from the introduction of new technology in terms of productivity and cost-cutting, compared to those focused exclusively on productivity or technical capabilities.

These are the reasons why the new Institute for the Future of Work is setting up a programme to explore the future of EO as part of diversifying ownership through the age of technology and inequality. We’re learning from Rutgers Institute of EO in the US, who are shortly publishing a three year qualitative study on the secondary impacts of EO on low-income workers, their children and families.

Like this study, the best US research is based on nation-wide US Federal Government surveys that have added questions on EO. We don’t have any of that in the UK. So - to build on this week’s momentum and get some traction - one ask of the Government is to add a simple question on EO to the Labour Force Survey and Annual Respondent’s database. Government could then report annually to BEIS and Treasury Committee as part of evaluating its policies on increasing diverse forms of ownership and we could construct a national database of EO.

This would enable a new level of understanding about trends, obstacles and the relationships between EO and productivity and poverty, or compare the fortunes of young people in EO firms versus non-EO firms. It could provide the basis to implement a wider infrastructure of support, including improved access to long-term finance, increasing voice through regional and national policy-making, making use of the 2012 Public Services (Social Value) Act and, perhaps, scoping for a new EO Development Act. Given the relevance of EO as a response to automation - and as part of shaping the future of work - the BEIS automation inquiry is well placed to drive this forward.

These immediate action points could act as a springboard taking us to a new level of collaborative working on EO. Those who support John McDonnell should welcome the opportunity to dig down into the detail of how transition to inclusive ownership funds might work in practice and examine longer-term implications for the UK. Those that don’t, should note that Trump has just signed the Main Street Employee Ownership Act, which allows loans of up to £5M to businesses which enables employee buy-out of retiring small business owners.

This was the result of a focused, cross-party alliance. There are increasing signs this sort of thing could happen in the UK. EO and hybrid models have increasing public, cross-party support, with particular interest from SMEs and family businesses. The Welsh Assembly and Scottish Governments are storming ahead, with Nicola Surgeon setting up a new leadership group for EO this summer under the strapline ‘employees CAN DO ownership’. Rumours are circulating that Sir Michael Fallon is looking at possible mechanisms to broaden share ownership.

We’re accelerating on our journey to that place in which owning shares is as common as driving a car – be it from inclusive ownership funds or other models of employee ownership: direct or hybrid ownership, EO trusts, worker cooperatives or social enterprise with asset-locks. I look forward to hearing more at the Conservative Party conference this week.