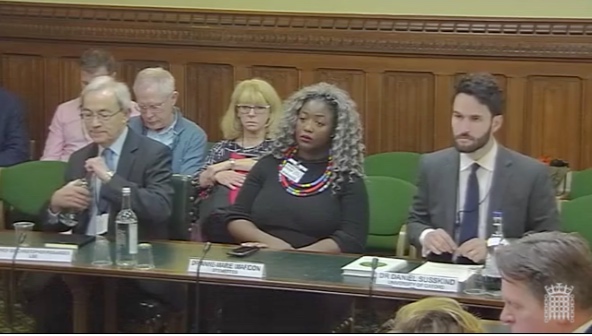 Gearing up for our Conference "Setting the Vision: The Future of Work in Britain"

The Brexit breather gives us a chance to reflect on what’s been done - and what can be done - before Halloween. The time is right to review the state of play on automation, and for reflection on the foundations needed to shape the best British future of work possible.

We’ve been campaigning for ONS data on automation across the UK using a ‘task-based’ approach for some time - so we’re delighted that the ONS has just released a new analysis of the probability of automation, highlighting the tasks and skills that are most at risk within jobs. Although the release is limited to England, it’s probably the best independent analysis of the impact of automation by demographic variables so far.

The ONS’s policy paper contains a helpful summary of previous studies by Frey and Osborne (2013), the OECD (2016), PWC and McKinsey’s and describes a combined approach in which OECD methodology is applied to Osborne’s probabilities. Using PIACC data, a risk of automation is assigned to occupations based on the share of tasks that would be difficult to automate.

Breakdowns by industry, working pattern, age band, education and place of work - and comparisons between data in 2011 and 2017 - are striking. They show that women are about twice as likely as men to be working in a high risk job, with part-time, young and older workers also more exposed. Massive regional variation is exposed within the 1.5M jobs in England assessed at ‘high’ risk (70%+). This should enable in-depth work on supporting vulnerable communities across the UK.

Brexit paralysis has stopped most of us in our tracks - but the Parliamentary Committees have taken a stab at cutting through the chaos. We’re proud to have supported both inquiries into automation and future skills. Evidence from an all-IFOW panel to the BEIS Committee inquiry includes our Co-Chair’s prediction that 15% -20% UK jobs will be lost within next 20 years and that cross-sector worker transition is the next big challenge.

A longer-term economic case for a reduced working week features as a means to spread benefits from the dispersal of new technologies features. We’ve noticed that increases in wages and productivity have in fact been taken partly as increased leisure time for some time. This supports recent initiatives examining the feasibility of a 4-day week.

This month we’ve completed a youth-led pilot set up with the Education Committee to engage a wider audience in drilling down into some of the risks and opportunities faced by young people entering the job market. We set up a steering and WhatsApp group with participants from scoping workshop held with Stemettes and the Princes Trust to feed ideas and opinions into the inquiry.

This is the first of a series of prototypes to trial different ways of working with young people as change-makers - and the demographic group most likely to be exposed to the adverse effects of the current wave of labour market churn.

Our deep-dive into the retail and transport industries in London completed by our Principal Researcher Dr Caitlin Doherty this month has thrown up some startling new facts, including the extent of uncertain hours and pay; the simultaneous rise in the importance of retail jobs to working households; the ‘grooming’ of logged labour in a culture accustomed to automated selection; and the above-average level of education of workers in both sectors across London. We think these sectors are particularly exposed to the ‘double’ adverse affects of Brexit and the 4IR, and the fragility of those worker rights still unresolved: rights to information, consultation and collective redundancy.

In other news, we’re pleased to have joined the London Good Work Commission and Action Steering Group for the Better Work Network, and to have led the workshop on gender and automation at Cumberland Lodge’s Future of Work conference. We’ve also partnered with RCA’s initiative to support students designing human-centred technology to help make sure that we ‘put people first’ right through the innovation cycle.

Now we’re gearing up for a Future of Work conference in Westminster co-hosted with the APPG on Inclusive Growth featuring Matt Hancock, Tom Watson, Naomi Climer, Philip Alston and many brilliant others!