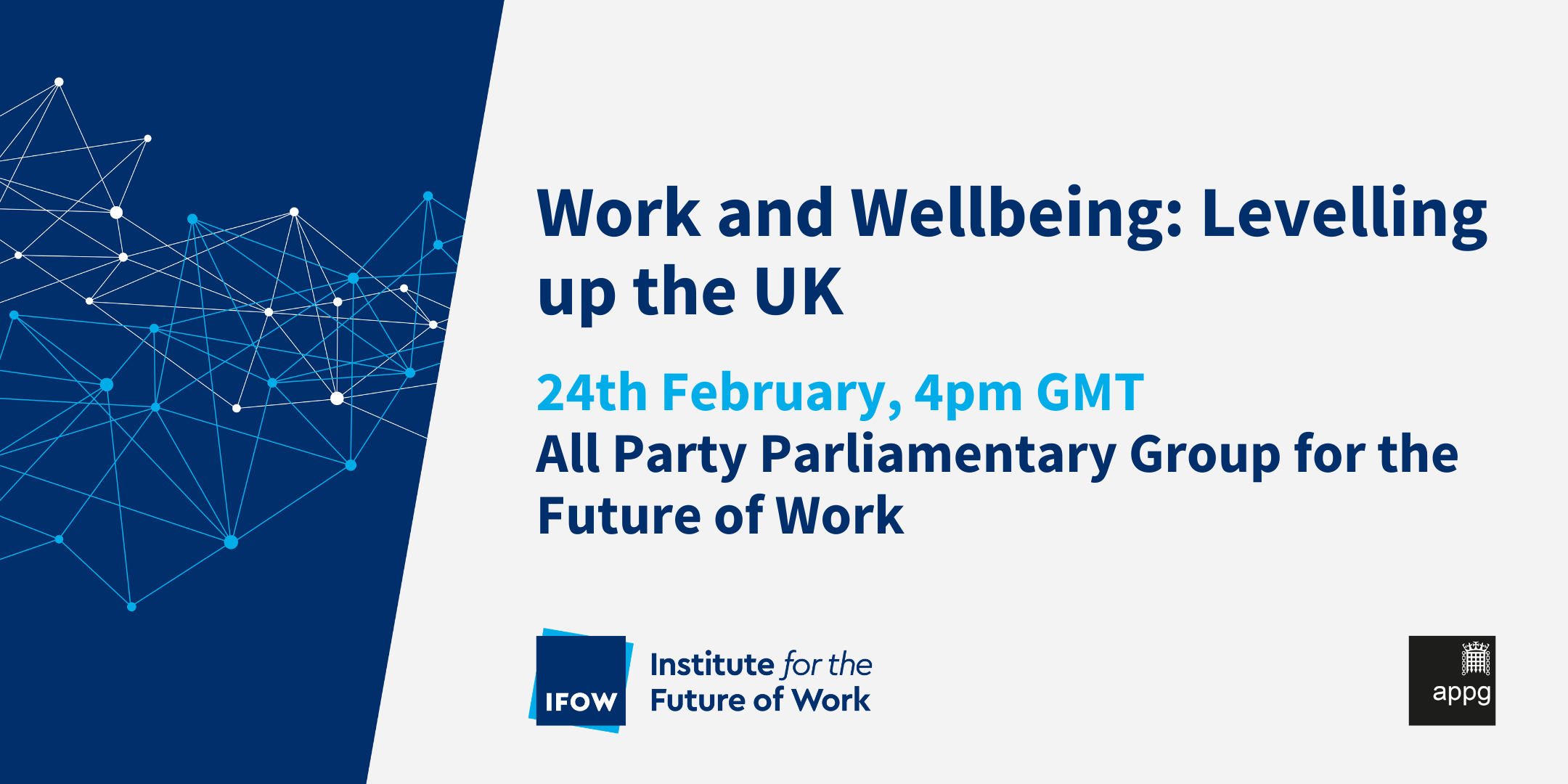 Work and wellbeing: Levelling up the UK

The COVID-19 pandemic has upended our world of work and amplified the underlying inequalities in our society. We have seen the gulf widen between those in good work and those whose working lives are precarious an uncertain. As IFOW’s Good Work Monitor shows, poor conditions for work and low availability of good work are closely related to poor health outcomes. ‘Bad’ work is associated with disease and deaths of despair before the pandemic, and COVID-19 mortalities after it.

This session will explore the role that better, fairer work could play in recovery plans and levelling up across the country. We ask our expert panelists: What role does good work play in building strong, resilient communities across the country? Would a focus on building the conditions for good work reduce growing inequalities in work and health? And how can we best align health, social and economic interests in recovery plans?

Clive Lewis was elected the Labour MP for Norwich South in May 2015 and is co-Chair of the APPG for the Future of Work. He has been Shadow Minister for Climate & Energy Change, Shadow Secretary of State for Defence and Shadow Secretary of State for Business, Energy and Industrial Strategy. Clive has also served as a Shadow Minister for the Treasury, with a focus on Environmental Economics and Sustainable Finance.
‍
‍Andy Burnham

Andy Burnham was elected the Mayor of Greater Manchester in 2017, and has previously held Ministerial positions at the Home Office, Department of Health and the Treasury. In 2008 he became Secretary of State for Culture, Media and Sport, before returning to Health as Secretary of State in 2009.

Dr Jennifer Dixon is the CEO of the Health Foundation. Originally trained in medicine, Jennifer practised mainly paediatric medicine, prior to a career in policy analysis. Prior to working at the Health Foundation, Jennifer was Chief Executive of the Nuffield Trust from 2008 to 2013, Director of Policy at The King’s Fund and was the policy advisor to the Chief Executive of the National Health Service between 1998 and 2000.

Professor Sir Michael Marmot is the Professor of Epidemiology at University College London and Past President of the World Medical Association. Professor Marmot has led research groups on health inequalities for over 40 years. He was Chair of the Commission on Social Determinants of Health (CSDH), which was set up by the World Health Organization in 2005, and produced the report entitled: ‘Closing the Gap in a Generation’ in August 2008. At the request of the British Government, he conducted the Strategic Review of Health Inequalities in England, which published its report 'Fair Society, Healthy Lives' in February 2010. In February 2020, he launched the ‘Marmot Review 10 Years On’ report on the health inequalities across England.

Professor Findlay is a leading expert in work and employment relations, and Director of the Scottish Centre for Employment Research at the University of Strathclyde. Since 2017 Professor Findlay has been co-Chair of the Scottish Fair Work Convention, and has worked in a number of government advisory roles, notably as Chair of Research and Analysis for the Women's Employment Summit.

Jamie Driscoll is the Mayor of the North of Tyne Combined Authority. After leaving school at 16, Jamie returned to education as a mature student to gain an engineering degree at Northumbria University.  He worked as an engineer making breathing apparatus and in the electronics and IT sector, later setting up his own software development firm.  Before being elected to the Office of Mayor, North of Tyne, Jamie was a Labour and Cooperative Councillor in the Monument Ward in Newcastle City Centre.